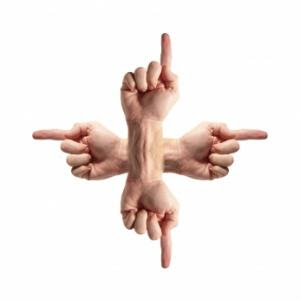 The twelve days of Christmas have come and gone; but there is one final holy day that draws us back to Bethlehem. On this Epiphany we worship with the wise men—we rejoice with great joy that One has been born who is king of the Jews . . . and Gentiles too.

I’m especially glad to be preaching on this Epiphany at Luther Memorial Chapel, here in the 3800 block of North Maryland Avenue in Shorewood. I’m glad not for pastoral or personal reasons, but for reasons of proclamation and preaching. You see, all of you hearers tonight—especially you Shorewoodians (or is it Shorewoodites?) all of you have agonized for most of the past year over the construction on Capitol Drive. You’ve been relentlessly rerouted, detoured and delayed. You’ve been inconvenienced and frustrated because a familiar pathway for travel and commerce has been an absolute mess. On this Epiphany I suspect most of you are rejoicing exceedingly because the work is largely done and all lanes are open.

But the detouring and re-routing caused by Capitol Drive construction is a good reminder--a reminder of how the entire Christmas account is really comprised of a series of detours and re-routes. We hear the good news of Jesus’ birth so often that we mistakenly hear it as little more than a smooth sequence of carefully planned events. In fact, it was anything but a smooth sequence of events. It was one detour after another. The betrothal of Mary and Joseph began with an unplanned, unprecedented pregnancy. Then came the decree that a census should be taken—a decree that meant Mary would have to leave behind the comforts of home and the birthing center of Nazareth for the backwater, low-tech town of Bethlehem. Not a move that even modern mothers would tolerate. Joseph was probably muttering about politicians and intrusive government and high taxes the whole way from Nazareth to Bethlehem. Their best laid plans had been disrupted and detoured.

The wise men, as well, were detoured in Jerusalem. Jerusalem seemed like the natural place for the “king of the Jews” to be born. How disappointing to travel all that way—through field and fountain, moor and mountain, following yonder star—only to have things grind to a halt in Jerusalem. Only after the local clergy dug out and dusted off the scroll of the prophet Micah—only after the Word of God was proclaimed and heard—did the wise men learn that the Christ was to be born in Bethlehem of Judea. They heard the Word. They followed the star, they found the Christ, they fell on their faces and gave their gifts. But even the departure of these wise men was marked by—you guessed it—another detour. “And being warned in a dream not to return to Herod, they departed to their own country by another way.”

Detoured, re-routed, re-directed—the birth of the Son of God in human flesh has that effect on the world. It should also have that effect on us who claim the Christ child as our Savior from sin and death. Christmas comes and Christmas goes—and no one is ever the same again. Stinky shepherds returned, glorifying and praising God, making known to all what the angel had told them about the child. Mary treasured it all and pondered those words in her heart. Joseph named the child “Jesus” on the 8th day and claimed Jesus as his Savior from sin. Saintly Simeon sang that he was ready to depart this life in peace. And Gentile wise men from the Middle East knelt down to worship the king of the Jews.

God and man are united in Jesus the Christ and things are never the same again. It must also be that way for us. Jesus came not only to save us from our sins, but also to detour and derail our sinful nature. As we leave another Christmas behind and head back into the comfortable routines of a New Year, we need to be detoured—we need to be re-routed from the sinful patterns we find so easy to follow. St. Paul expressed the detouring effect of Jesus’ birth with these words to Titus: “For the grace of God that brings salvation has appeared to all men. It teaches us to say ‘No’ to ungodliness and worldly passions, and to live self-controlled, upright and godly lives in this present age, while we wait for the blessed hope—the glorious appearing of our great God and Savior, Jesus Christ, who gave himself for us” (Titus 2:11-14).

Christ has come to detour us and to re-route us and re-direct us. The birth of Jesus teaches us to say “no” to the pride and passions that are furiously at work in us with sinful special effects. Our sin likens us to a bunch of little King Herods. You might not like being grouped together with Herod, but we all want to be king. We all want to be in charge of our world, in control, calling the shots. We can excuse and justify our every sin just as if we were answerable to no one—just as if we were kings. We need to be detoured. We need to be re-routed. We need to say “No” to all of that.

We need to say “no” to the selfishness, the greed, the covetousness that characterizes our attitudes toward the wealth we call our own. We may not have much in the way of gold, frankincense or myrrh. But with Herod-like efficiency we gather and grab and grasp for more. When what we need is a detour with the wise men to kneel before the true King with open hearts and open hands and bended knees—to give our best to Him who gave Himself for us. Like the wise men, we need to return home tonight—we need to depart Bethlehem—by a different way—the way of repentance and forgiveness.

And even though our Christmas pilgrimage must be one of detours and u-turns and contrition and repentance, we walk this difficult path with the great joy of the wise men. We have this joy tonight because Jesus our Savior was not detoured. The One who came to save His people from their sins—He was not re-routed. Nothing could deter Him from His mission to make you His own. Neither the applause of the crowds nor the temptations of Satan could derail His mission of mercy. “Nails, spear shall pierce Him through, the cross be borne for me, for you.”

In fact, the Word of God makes a direct connection between the events of the Epiphany and the events of Good Friday. There is a straight linguistic line between His birth and His death. For the wise men came wandering into Jerusalem asking this question: “Where is He who has been born king of the Jews?” In the three decades that followed, Jesus would be addressed with many different titles: such as “Christ” and “Rabbi” and “Lord” and “Son of David.” But that title, “King of the Jews,” would not be heard again until that dark day when His only crown was of thorns and His only throne was a cross. That day the soldiers mocked Him, “Hail, King of the Jews.” Pilate likewise had a notice placed above Jesus’ head on the cross: “Jesus of Nazareth,” it read, “the King of the Jews.” Where is He who has been born king of the Jews? He is the man on the center cross who gave Himself for you. That is why He was born.

After a three day detour Jesus was re-routed to resurrection life. The living Christ still gives Himself for you today. Just as Jesus’ divinity and glory was hidden from the wise men, yet they worshipped Him with joy. So also will we kneel tonight, to worship the same Jesus who is both concealed and revealed for us in the preaching and proclamation of His Word—in the cleansing splash of holy baptism—in the bread that is His body and the wine that is His blood. And we will trust as the wise men trusted—that God is true to His Word—that He always keeps His promises—that He is Emmanuel, God with us.

Whatever the detours may be that stand in your path tonight—the unplanned, uncomfortable, aggravating detours in your life. Know that God will use them for your eternal good. Not every detour is what we would call a good thing. But God does work all things for the good of those who love Him, those whom He has called. That’s you! God Himself has called you in your baptism. He is at work in you for eternity. Between now and the end of your earthly journey, things will not go as planned. Detours lie ahead. It will not be smooth sailing. “Earth’s deep sadness may perplex us and distress us.” But the Lord we love is first and last, the end and the beginning. Our life’s journeys are all begun in Him and ended in Him—the bright morning star. The King of the Jews. Our Savior. Happy Epiphany. Amen.
Posted by Pastor Michael Henrichs at 9:08 AM