Pregnancy, as we know it, is usually greeted as good news. Those nine months are precious times—usually filled with 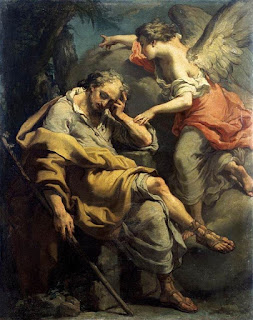 excitement, anticipation, and even a few baby showers. Back in the day, baby showers were purely feminine affairs. Men were not invited and were thankful not to be. The delicate desserts, the dainty decorations, the silly games—it’s not the kind of afternoon that most men aspire to. Let the dad assemble the crib or rip out the carpeting in the new nursery and he’ll be happy with that. Because most pregnancies are meant to be happy occasions in life.

But not every pregnancy is a happy occasion in life—or so it seems. Not every child conceived seems like good news, at first. Your teenage son or daughter manages to master the skill of making a baby—even though they haven’t managed to acquire a high school diploma quite yet, and marriage is out of the question. When children have children—when abortion comes to be seen as an attractive option—when grandparents start to wonder if they will have to adopt their own grandchild—well, those kinds of pregnancies and those kinds of babies can be discouraging and hard to bear.

And, for those difficult and troubling pregnancies, we have today’s gospel reading from Saint Matthew. Thank God for Matthew and his Christmas account which addresses the darker side of Christmas. In his Christmas account there’s certainly no baby shower, John doesn’t leap in his mother’s womb, and expectant mothers don’t break out in song. Instead, what Matthew sets before us is a difficult situation. Joseph and Mary are engaged. Joseph has been good; he hasn’t slept with Mary. He’s done his part. But, oh, the darkness. Mary’s pregnant. What now? You better believe that Joseph suffered through many sleepless nights of heartache and disappointment. Perhaps Mary wasn’t who he thought she was. The ideal family he hoped for might never be. The best he could do was send her off to live with a relative and cancel the wedding.

Joseph seems like a man who wanted to do the right thing. We don’t know how he and Mary became engaged. It was probably arranged by the respective families. We don’t know whether they were “in love” or not, but that’s a modern concept. People didn’t marry on the basis of romantic love in those days. Matthew tells us that Joseph was “a just man.” But he was also a reasonable and sane man. He knew that virgins don’t get pregnant. Joseph was a builder from Nazareth, a businessman who operated in a world of income and expenses, blueprints and tools, algebra and geometry. He wasn’t some superstitious country-bumpkin. He knew that virgins don’t conceive, no matter how religious-sounding their explanation might be.

Into Joseph’s despair and darkness the Word of God gets delivered by an angel of the Lord. It would take the Word of the Lord for Joseph to overrule his reason and his senses, not to mention his common sense: “Joseph, son of David, do not fear to take Mary as your wife, for that which is conceived in her is from the Holy Spirit. She will bear a son, and you shall call his name Jesus, for he will save his people from their sins.”

Yes, that’s why Jesus came—to save His people from their sins. Those sins threaten to separate us from God eternally. Those sins—our sins—are what dims this world into perpetual darkness. Sometimes our sins produce self-inflicted wounds. Sometimes those around us get sucked in. Sometimes innocent people suffer for what we’ve done or what we’ve failed to do. This ugliness of sin—this depressing darkness—is why Jesus came. He came to save us from our sin and its deadly wages. Jesus didn’t come to shine a twinkling star on a moonlit night, or to lead us in joyful song, or to be a good excuse to roast chestnuts on an open fire. He came to people in mourning—to people in dark and difficult situations—to sinners—to you—to save you from your sins. See how much God loves you!

Matthew makes it clear that the Lord’s plan to save you had been around for a long time. There was a prophecy buried deep under about 700 years of Israelite dust—the prophecy of Immanuel. As you heard in today’s OT reading, that prophecy was first spoken to faithless King Ahaz. And even though Ahaz didn’t want a sign from the Lord, the Lord gave him one anyway: “Behold, the virgin shall conceive and bear a son, and they shall call his name Immanuel (which means, God with us).” To make a long story short, Ahaz rejected the sign offered by the Lord. Ahaz didn’t trust the Word of the Lord. And Ahaz went down to swift destruction.

That prophecy of Immanuel laid dormant for centuries, like a forgotten seed planted in the soil. But when God speaks—when God makes a promise—He never forgets it. And one marvelous day a smiling angel appeared to a young virgin named Mary, who was betrothed to Joseph. And the angel said, “Guess what, Mary? You’re it. The Lord is with you. Immanuel!” God is with us. The Word has become flesh in the womb of a virgin. His name shall be Jesus. He will save his people from their sins.

Mary believed it; and Joseph believed it too. That’s the real Christmas miracle! Joseph believed; and Joseph acted according to what he believed. As you may know, there isn’t a single syllable from Joseph’s mouth recorded in the Bible. Joseph is silent in the Scriptures. Mary sings her Magnificat, but Joseph has no song. He shows his faith by what he does. His actions speak louder than words. “He did as the angel of the Lord commanded him.” He took this pregnant teenager home as his wife. He gave the child the name Jesus, as directed by the angel. He raised that child as his very own. Joseph is a picture of faith in action. When God’s Word and his own “common sense” didn’t agree, Joseph trusted the Word. He believed it. He did what it says.

You also have the Word of the Lord delivered to you—applied to your life—by a messenger sent from God. I’m no angel; and this is no dream. But I am a messenger sent by God to you. Today the Word of God comes to you, calling you to do what Joseph did—to live in the obedience of faith—to live in the light of your baptism—to say “no” to all sin and ungodliness. In Matthew’s version of Christmas, things are messy and complicated because of sin. So will your Christmas be this year—messy, complicated, corrupted by your sin and its wages.

But the Word of the Lord is at work in you. That Word intrudes, it inconveniences, it rearranges things, it forgives sin. A virgin bears a Son. That Son, Jesus, dies and rises from the dead, bearing your sins away. With God—and with His Word—nothing is impossible. Sinners are forgiven. And the dying depart this life in peace to be with Christ—awaiting the resurrection of the body. Nothing is impossible with God.

Jesus comes. He is “Immanuel,” God with us. He comes in the water of your baptism. He comes in the bread and wine of His holy supper. He comes to save you from your sin. Mary actually was a Virgin. But our Lord also comes for those who aren’t—those who have made sinful and selfish choices. That story isn’t so pretty; nor does it inspire singing or decorations. But this is the Christmas Saint Matthew gives us. This is the Christ who comes even when pregnancy is not good news. This is the Christ who comes into a world where Herod and his allies still slaughter little babies. The Christ was born to die—precisely for the likes of us. He didn’t come so that people would put up fake, plastic trees, but He did come to hang upon a tree that was stained with His own sweat and His own blood. He came to bring genuine good news into a bad news world.

Posted by Pastor Michael Henrichs at 7:14 AM