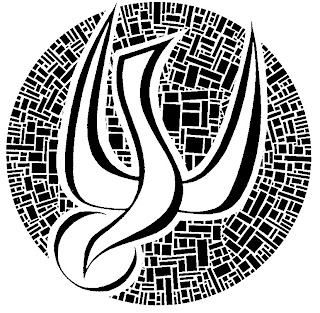 Is it possible that a prayer prayed years ago is somehow being answered in your life today? Thomas Merton, a 20th Century theologian, includes a very touching scene in his autobiography. He is standing outside the ruins of a 13th century French monastery. A fascinating thought crossed his mind as he viewed the empty, abandoned monastery. He wondered whether the prayers of those monks—who had been dead and gone for hundreds of years—whether some of their prayers were being answered by God in his life on that day.

Does God answer ancient prayers in a way that shapes our lives today? After all, God is in eternity. He stands outside of time as we know it. His “inbox” is not at all like my e-mail inbox. As I go through my inbox I can recall e-mails that I’ve received in recent weeks and months; but if you sent me an e-mail back in September of 2009 I can assure you that I have no recollection of it whatsoever. But with God, every prayer and every petition ever received is just as fresh and new today as ever.

In today’s Old Testament reading we have just such a prayer—a prayer that God is answering here and now to shape your life. I’m guessing that you probably missed it. It is admittedly hard to hear that prayer because as you listen to Numbers chapter eleven, the things that really jump out are the grumblings. Now, grumblings can sound a lot like prayers. And sometimes our prayers to God do include complaints. But you must understand that grumblings are not prayers. Grumblings are not spoken to God. Grumblings are spoken to the world—to anyone who will listen.

The grumbling in Numbers 11 got its start like this: The tribes of Israel were encamped in the wilderness. At the center of the camp was the tabernacle, the tent of meeting, the place where God dwelled among His people. That tabernacle was like the hub of a wheel, and spread out around it were tents as far as the eye could see. The grumble began perhaps when one man stepped out of his tent early one morning. He looks and he sees what’s wrong. He used to love to get up in the morning—to go outside and see manna covering the ground as far as the eye could see—precious, mysterious food from God. The name “manna” literally meant “What is it?” The very name of this food expressed wonder and amazement, as it reminded you that it was a gift from the hand of God—that it was the bread of angels.

Who knew you could get so sick of the bread of angels? Baked, battered, boiled, pickled or fried—it didn’t matter. Just the sight of that manna now made him sick. Manna yesterday, manna today, manna tomorrow for years on end. So, rather than gather up that gift of God, the man let out a beautiful grumble. He let loose his longing to go back to Egypt. Only he conveniently forgot about the hardships and slavery; and all he could recall was the veritable smorgasbord of meat and fish and cucumbers and melons and leeks and onions and garlic. And his mouth watered and his neighbors’ mouths watered, and all too soon that one grumble had spread throughout the entire camp. That grumble—that awful, beautiful grumble had a terrible power to shape the world.

You know the power of a good grumble, don’t you? Like when you’re driving home from church, after you’ve had your sins forgiven and you’ve been fed and nourished with the precious, priceless body and blood of Jesus, and the Word of God is still ringing in your ears and you let loose with a good grumble about how the sanctuary was too warm (or too cold), or how the choir sounded flat, or that the distribution took too long or the organ was too loud or how it seemed like pastor just “mailed in” the sermon this week. And suddenly the precious, powerful gifts God gives in this place fade away—just disappear—erased by the power of a good grumble.

Or it’s like in marriage, when you are sacrificing of yourself for the sake of your spouse. And that sacrificial love for your spouse is Christ-like. It is holy. It makes the angels in heaven rejoice because that’s the hard work husbands and wives are called to do. But in your frustration, you let loose with a good grumble about how lazy and unthankful your spouse is—about how you are taken for granted day in and day out, and about if only you knew back then what you know now. And suddenly—suddenly—the gift of God that is your spouse is despised and what God has joined together you have ripped apart by the power of a good grumble.

The grumbling of the Israelites drove Moses to his knees. Moses took all those grumbles and gave them to God—made them into a prayer. Only it’s not a prayer for wisdom or strength or faith. Moses prays a prayer for himself—that God would annihilate him! Because Moses was sick of these people! Moses takes it all and throws it up to God. God has a leader who doesn’t want to lead and people who don’t want to follow. The people are looking at the past in a way that takes away the gift of the present. Moses is looking at the present in a way that takes away the gift of the future. And Moses prays a terrible prayer, “Kill me now!” But God doesn’t kill Moses.

Instead God looked ahead to the future—and in the future God would indeed kill the leader of His flock—the Good Shepherd of His sheep. The punishment His grumbling people deserved would be heaped up upon the One God sent to save them. God didn’t kill and God didn’t punish that day because of His mercy. The mercy of God was hidden right there in their midst—behind the curtain in the Holy of Holies in the tabernacle. God must have longed to pull back that curtain and dwell among His people in the flesh—to gather them as a mother hen gathers her chicks beneath her wings. But when that time had fully come—when the Word became flesh and dwelt among us in the person of Jesus the Christ—God’s grumbling people grabbed Him and grasped Him and nailed Him to the cross. Jesus was beaten and battered and crucified—and this was the desire of God—to offer His life for you. This is the merciful heart of God—that He does not punish us as our grumbling hearts deserve; but shows us mercy instead.

It was because of that mercy that God answered Moses’ prayer in an unexpected, undeserved fashion. Instead of gathering manna, the Lord told Moses to gather men—seventy men of the elders of the people. And the Lord Himself came down in the cloud and took some of the Spirit that was on Moses and put that same Spirit on the seventy elders. And they began to prophesy. And that Spirit was so full and so strong and so powerful that even two men who were way out on the far edges of the camp—Eldad and Medad—even they began to prophesy. Joshua came running to Moses to make them stop. But Moses responded with a prayer—a prayer which doesn’t sound like much more than a footnote to the whole episode. Moses prayed, “Would that all the Lord’s people were prophets, that the Lord would put His Spirit on them all!”

That’s the ancient prayer I want you to hear today. “Would that all the Lord’s people were prophets, that the Lord would put His Spirit on them all!” That prayer went unanswered for centuries. It sat in God’s “inbox” year after year. But God began to answer it when He raised Jesus Christ from the dead and lifted Him up in glory to be seated at His Right Hand in the heavenly realms, and then sent His Holy Spirit into this world to call and gather for Himself a holy people, filled with His Spirit—each one a little temple—a temple of the Holy Spirit.

God’s answers shape our life together here at Our Savior. It’s not easy—what you do. What is easy is the grumbling. I know because I do it all the time. But I also know that that grumbling takes away God’s gift of the present. So when you feel the urge to let out a good grumble, give it to God. Because God will hear and answer. And He will answer not according to what we deserve, but according to His grace. He will forgive us for Jesus’ sake. And He will continue to put His Spirit in you so that you might always be an answer to prayer. Amen.

Posted by Pastor Michael Henrichs at 9:25 AM