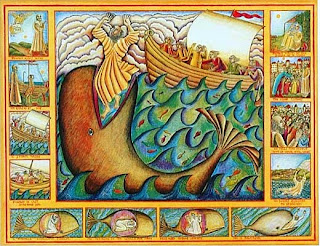 I’m sure you know what it’s like to be a reluctant messenger. You’ve got something to say—something that absolutely, positively needs to be said; but it’s tough to get the words out. Maybe you’re reluctant to speak up because you fear the reaction you’re going to get. Maybe you’re reluctant to speak up because you think it will do no good—because saying something would be a huge waste of time and energy. Or maybe you’re unwilling to say anything because—deep down—you just don’t care.

When it comes to the truth about human life, it’s easy to be a reluctant messenger these days. When it comes to the truth that God loves life—that human life is a gift to be treasured and protected from the womb to the tomb—it’s easy to simply stay silent. It would be all too easy to overlook the sad fact that abortion on demand became the law of this land 39 years ago today.

But God’s message concerning human life is powerful and positive. It gives dignity and value to every human life. God gives us the truth about human life—and abortion—because He loves us. He wants the best for us. God’s truth about the sanctity of life may not be trendy or popular, but it is true. So let’s resolve this day not to retreat. Let’s not be reticent or reluctant. Let’s learn of this truth, and speak this powerful truth in love.

When it comes to reluctant messengers, no one takes a backseat to the prophet Jonah. The Lord had a message for the people of Nineveh; and He wanted Jonah to deliver that message. Today we heard how the Word of the Lord came to Jonah a second time. You already know what happened the first time. The first time Jonah ran away. The first time, the Lord said “go east” to Nineveh, and Jonah set sail for the western skyline. God said to do one thing; and Jonah did the polar opposite. Can you imagine it? Of course you can.

We listen to God just about as well as Jonah did. God says, “Thou shalt,” and we say, “I shan’t.” God says, “Go east” and we go west. God says, “Flee from sexual immorality,” and we dive in head first with our eyes wide open. God says, “Forgive your brother from your heart,” and we look for ways to even the score. God says, “Help and support your neighbor in every physical need,” and we look the other way so that we don’t even see the half-dead neighbors God has placed in our path. God says, “Speak the truth in love,” and we stay tight-lipped and loveless.

But learn from Jonah that our reluctance and our rebellion are no match for God. Learn from Jonah the futility of thinking that you can set sail on a Mediterranean cruise when God wants you and needs you to speak the truth to those who need to hear it. Learn from Jonah that God can be rather persuasive in re-directing us in the way of repentance. Jonah being thrown overboard—Jonah being swallowed by a great fish—Jonah being vomited up onto dry ground—let’s just say it was more than enough to convince Jonah to catch the next available flight to Nineveh.

But even after all that, Jonah didn’t head into Nineveh with a smile on his face. He was still reticent, reluctant, and really wishing he could be somewhere else. Because, you see, Nineveh was a dreadful place filled with dreadful people. Nineveh had a reputation for unmitigated evil. The prophet Nahum once said this about Nineveh: “Woe to the city of blood, full of lies, full of plunder, never without victims” (3:1). Not much of a vacation destination. You can see why Jonah had no interest in going there. Yet, God refused to write them off. And Jonah was the man God chose to speak to the people of Nineveh.

Nineveh was a city full of lies; and abortion is surrounded by lots of lies too. The advocates of abortion wrap up the ugly truth about abortion with pretty sounding words like “choice” and “rights” and “women’s health care.” But the truth is that abortion is murder. Like the city of Nineveh, abortion is “never without victims.” In addition to the millions of little victims who were denied their first breath and who were never held in their mothers’ arms, there are lots of living victims too. Abortive mothers and fathers carry around crippling burdens of guilt and shame and regret. God’s message about human life needs to be spoken for all of these victims.

I ask, why be reluctant to speak about this truth? Shouldn’t we be willing to speak up for those victims who cannot speak for themselves? Shouldn’t we accommodate expectant mothers in every way and give them every encouragement to choose life—or to choose adoption as a loving alternative? Shouldn’t we reach out to guilt-ridden mothers and fathers with the amazing message of amazing grace that Christ Jesus came into this world to save sinners—that in Christ God was reconciling the world to Himself, not counting men’s sins against them—that although our sins have stained us blood red, the blood of Jesus can make the worst of sinners whiter than snow? Beloved in the Lord, there’s no message more powerful than that—because it’s God’s message to our dying world. And God calls even reluctant sinners like us to be His messengers.

And, don’t you dare think that your words and your actions won’t make any difference at all. For that’s what Jonah thought as he headed into Nineveh. In fact, if you read the book of Jonah, the dirty little secret it this: Jonah didn’t even want God’s message to succeed. Jonah didn’t want the people of Nineveh to repent and turn from their evil ways. Jonah wanted them to get what they had coming. He wanted to see fire and brimstone rain down on Nineveh—wanted to see Nineveh reduced to rubble.

That’s why the so-called sermon preached by Jonah was somewhat lacking: “Forty more days and Nineveh will be over turned.” In Hebrew, that sermon amounts to only five words. I once read where someone claimed it to be the shortest sermon in the Bible. A five-word sermon, delivered reluctantly and half-heartedly. No amusing little stories. No carefully crafted law and gospel. Jonah just said what he had to say, and not one word more. He said the bare minimum and hoped for the worst. If ever there was a sermon destined for failure, that was it.

But surprise, surprise: Despite Jonah’s reluctance—despite the fact that he was just going through the oratorical motions—his message achieved astounding results. The words he spoke went right to the hearts of his hearers. All the people of Nineveh believed God. All the people of Nineveh repented. They all covered themselves in sackcloth and ashes as an outward sign of their inner repentance. How could a messenger this bad get results this good? Because the messenger doesn’t matter. The messenger doesn’t matter when the message is the Lord’s. God’s Word has the power to change hearts and bring light and life where there is only darkness and death.

What does this mean for us? It’s every reason for us to speak up in word and deed about the sanctity of human life. Despite our weakness and our reluctance and our fear of what others may say—we have a powerful and positive message from God. And the success of this message—the results—don’t depend on our power, or on our speaking skills, or on how clever and smart and sincere we think we are. The results are in God’s hands. It’s not our message; it’s God’s. He simply asks us to speak it on His behalf. Our goal is simply to be faithful messengers. The results—the repentance—the saving of many little lives—that we leave to God and to His mighty strength. No matter how steep the odds may seem, as always we must remember, “Nothing is impossible with God.”

In Jesus Christ we can see what God really thinks about human life. In Jesus we see how the hands that knit you together in your mother’s womb—the same hands by which you were fearfully and wonderfully made—those hands were also stretched out on a cross for you—to pay the price for all of your sin. The hands of the resurrected Jesus are still scarred and always will be—as loving reminders that He can remove every scar that our sin might leave on us. And with those same hands, the Lord Jesus will one day embrace you face to face in heaven.

In this world, everyone knows, you usually get what you deserve. But where our God is concerned, the plot doesn’t always run in a predictable way. The bad guys of Nineveh didn’t get what they deserved. They got grace—they got compassion instead. And that’s how it works for every child of God—including you and me. The punishment and wrath we deserve for our sin—that’s not what we get. Instead, Jesus takes the punishment. Jesus takes the wrath. Jesus takes our sins. He gets what we deserve; and you get grace. You get compassion and healing.

We call that the gospel—the good news of God’s love for you in Christ. And when it comes to God’s love for you, He’s never reluctant. Never reticent. His message is all that matters. Amen.
Posted by Pastor Michael Henrichs at 8:52 AM